Skip to content
Cart
Winter Frenzy - Up to 40% Off - SHOP NOW
Now reading: Inside the Life of a Sponge Diver
Share
PrevNext

The sea is vast. There is so much more water than land that it is difficult to conceptualize. To search the seafloor for an object—any object—can be a Herculean task. As an underwater archaeologist, the discovery of a new shipwreck is cause for celebration. Locating (and indeed relocating without GPS) a wreck even in a known area can take years.

Every year expeditions search the seafloor using the latest, most expensive technology. Budgets generally run from tens to hundreds of thousands of dollars per day for research vessels. A successful project may locate two or three shipwrecks in a season. This is the measure of success I am used to. 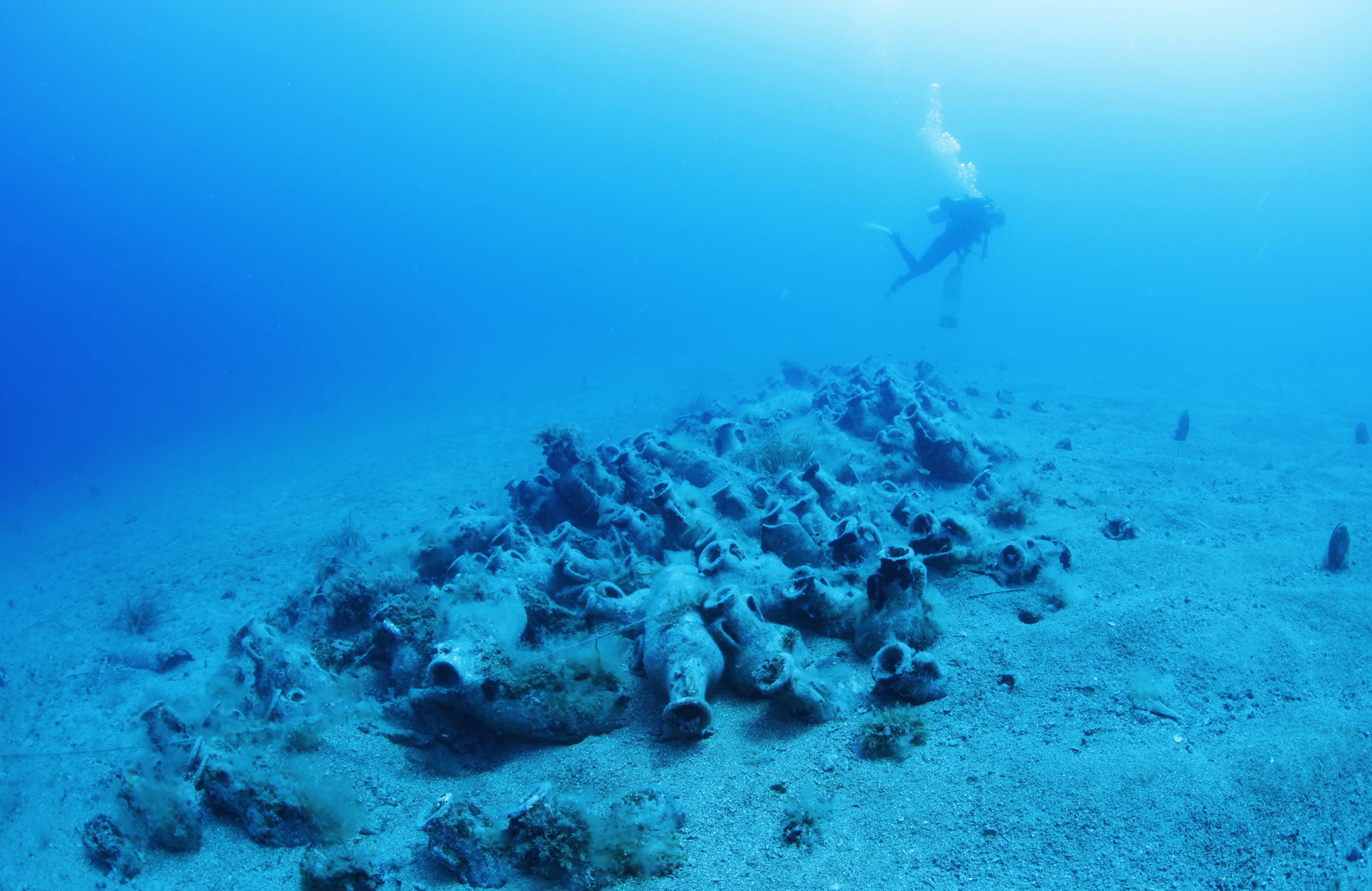 It was several years ago that, as the archeological director for the Albanian Center for Marine Research, I started studying the artifacts that fishermen pulled up in their nets to locate shipwrecks. This work led to me being contacted by a friend of a Greek sponge diver in 2012 that said I needed to listen to his stories.

This set us on the path of one of the most successful shipwreck expeditions in history.

Antonio Koulouriotis is a former sponge diver turned archeological resource. His stories from the height and decline of the sponge industry are a window in a different life, one full of adventure, travel, and danger that few people today will ever match.

Sponge diving was a difficult and often deadly profession. Sponging was a trade in the Greek islands for centuries, but the introduction of the Skafandro hardhat diving suit and compressed air changed the game beginning in 1865. Big money flooded the islands and men with little understanding of partial pressures and human physiology took to the sea. Sponges brought in so much money that divers were paid with British gold sovereign coins. However, the human cost was dramatic. A study from 1950 to 1969 found that of 300 divers working annually during that time, 167 became paralyzed and 48 died. Six men died on a boat Tony was working on in one year. Every Kalymnian family had members who were paralyzed or died on the sponge boats. When the Kalymnian women would see the boats returning at the end of the season, they would don black mourning clothes in preparation for the inevitable. Despite the human cost, sponging on Kalymnos became the central component of the island’s culture.

It was this culture that Tony was born into. “It is in my DNA,” he says. From a young age he was fishing and freediving, and then he trained as a Greek navy diver in 1960. For several years he worked training new navy divers, but then he left to work on the most prestigious sponge boat in Kalymnos. It was a boat known for its deep dives, big profits… and fatalities. His working range was 50 meters (165 ft.) to 70 meters (230 ft.), often staying for an hour or longer. This is a diving profile that will give you chills if you have knowledge of human physiology under pressure.

A Guide to Tying Knots For Every Occasion